Norway rats (or sewer rats) are the largest rodents (32 to 46 cm) living in a close relationship with humans. Their brownish-grey coat becomes paler on their underbelly and their tail is shorter than their body. The white rats used in laboratories are an albino variety. In the U.S., British Columbia, and some harbour cities in Eastern Canada, you can also find roof rats. The latter have a slimmer body, larger ears, and a tail that is longer than their body. Roof rats manage to cohabit with Norway rats because they often prefer higher structures and trees. In the wild, you can also find the much larger common muskrats (48 to 64 cm) associated with wet environments, as well as hairy-tailed moles and star-nosed moles that dig tunnels in the ground. These species are not part of the family of Muridae that includes rats and common mice.

Although Norway rats can shelter in tree cavities, walls or near sewers, they prefer to dig tunnels in the ground. They prepare a central chamber (45 cm below the surface) where they build a bowl-shaped nest of twigs, paper or fabric that helps insulate them and absorbs moisture. They also dig two or more emergency exits which they cover lightly with soil or camouflage under debris.

Mating takes place primarily in the spring and fall. Female rats can have three to 12 litters per year, each with an average of 7 to 8 young. They do not all survive, and the female only weans 12 to 56 per year. They are born hairless and with closed eyes. Female rats can mate again a day or two, or even hours, after the young are born. The offspring learn to prefer or avoid certain foods by the taste of their mother’s milk and by observing the female. They quickly become independent and reach maturity when they are about three months old.

Norway rats are active before sunrise and after sunset, but seem to be nocturnal only as a way of self protection; they can be seen during the day. To find nourishment, they can climb, jump (at least 0.9 meters vertically), swim, and chew on wood, asphalt, plastic, lead, aluminum or copper. They search for food and water in a 30 to 45 meter radius and rarely venture more than 100 meters from their burrows. They consume a daily average of 15 to 30 g of a variety of foods (vegetables, fruits, cheese, meat) but, when given the choice, they prefer grains. Rats often eat their fellow rats when their population level becomes too high. Their diet in the wild includes, among other things, insects, birds, fish, lambs and piglets, as well as excrement of other animals, through which they pick to remove undigested food particles. They look for a source of water and drink 29 to 59 ml every day – less if their food contains water – and they will get by with human urine if there is no other choice. Rats usually follow the same path and explore it to memorize each object along the way since they fear novelty. It appears that they are unable to distinguish colours.

Places where they can be found in the home

Rats do not actually nest in sewers, but use them as pathways to pick up food. Their presence in a house can be the result of inadequate or defective plumbing, a break in a sewer line caused by excavation or the roots of a tree invading a small opening.

There are a number of signs to alert us to the presence of rats such as their noise, teeth marks (3.5 to 4 mm wide) or entrance holes at least 5 cm in diameter. A greasy trail (caused by their dirty or oily coat) may also be visible at the base of walls, along the route they follow. Their urine phosphoresces when illuminated by ultraviolet light.

You can suspect an infestation when you find excrement (2 cm long and more or less rectangular) that is not recent, or when wood, electrical wires or other materials have been gnawed. You can spot rats during the night using a flashlight.

When there is a large number of rats, you can see fresh excrement and tracks (that would not be visible for a long time) left by their feet (2 to 4 cm) or tail (4 to 5 mm wide).

Rats consume and contaminate a variety of foodstuffs and damage the containers. They often live close by food left for animals, and can even live under doghouses and come out of their burrows when the animal is elsewhere. Holes (7.5 cm in diameter) leading to their tunnels can sometimes be seen outdoors, close to walls, doghouses or feed troughs, but the holes are often hidden by debris. Rats can also be found around dumps or attacking harvests and places where the harvests are stored.

To prevent them from getting in, block all openings larger than 1.3 cm with materials such as mortar or galvanized sheet metal. But even if you prevent them from entering a building, their numbers will not decline if they can dig into the ground for shelter and have access to a source of food. Using sturdy containers to store food and practicing strict waste and trash management will reduce the amount of available food and shelter. It is best not to put trash outdoors too early. Above all, avoid making food available for them. You can also take steps to make sure they do not have access to pet food or easy access to a water supply – by repairing leaky faucets, for example.

If their food and shelter is not reduced, the population can rise again, even after some of the rats are killed off, because the females will then have more offspring per litter, therefore, more will survive.

Placing gravel around the outside of the house so that rats cannot dig their tunnels is also recommended. In addition, surrounding weeds and debris should be removed to minimize the number of potential shelters.

Rats can damage buildings and pipes, dig under foundations in a way that weakens them, and can pass on, or act as vectors via fleas and mites for, pathogens including salmonella. They can bite young children, and the damage they do to electrical wires can also cause a fire. Their presence should not be tolerated.

Rodent control can be achieved by combining different control methods designed to enhance cleanliness; make sure that additional rats cannot get in; and eliminate those already there. Sometimes, a plumbing contractor may be required. When there are only a few rats in the house, it is better to use traps. Rat traps are initially laid in places where the rats will come across the bait on their path along the wall. After they have become accustomed to these new objects, baited with small pieces of sausage, bacon, fish or even oat, marshmallows or peanut butter, the traps can then be set. Attaching a piece of metal to widen the trigger is recommended. In addition to being inexpensive, traps have the advantage of preventing dead animals from ending up in inaccessible places and giving off odours or attracting insects. There are also live-capture traps that will catch rats without killing them. Sticky traps can sometimes be used for young rats, but they are usually more appropriate for mice.

Always read the label before using a rat poison. Anticoagulants have proven very effective in combating rats. They diminish the coagulant properties of their blood and cause hemorrhages. New anticoagulants have been developed given that some rats have become resistant to the original ones. Other chemical products are also used as rat poisons. Using bait stations allows several rats to feed simultaneously and gives them a sense of security. The liquid or solid bait is much less exposed to dust and moisture, and less accessible to household pets and children. Bait stations should be placed at the base of walls, along the paths followed by rats.

Powders such as talcum, that are inedible and therefore do not attract rats, are sometimes spread around in warehouses to detect tracks and places frequented by the rats. Poison can also be added to it, but since the animal will only ingest a small amount when it cleans its coat, a high concentration of rat poison must be used. This method is not usually used in houses because of its toxicity. It does provide an alternate solution, however, when food is abundant and rats are avoiding the bait.

Other products have been specifically formulated to prevent rats from gnawing on trees, posts, fences or garages. While it is true that ultrasound can temporarily frighten rats, they eventually get used to it. Getting household pets cannot solve the rat problem, but it could prevent a new infestation.

Research is being directed toward introducing sex hormones into their food to control rodent ovulation, as well as to attract males into traps emanating an odour of females in heat.

Rat urine and excrement (20 to 50 per day) contaminate ten times more food they can consume.

Rats have sometimes migrated in large numbers when their population level was very high. One encyclopedia of animal world records states that, in 1727, Norway rats crossed the longest river in Europe – the Volga – from East to West over a period of 11 days and 11 nights continuously!

Contrary to what we might think, rats prefer high quality fresh food, and will reject any contaminated or spoiled food if they have the choice. Bait should therefore appear appetizing. Rats gnaw materials such as wood or certain metals, but not as a source of food – simply as a way of finding it!

Human beings have not always hated rats. They used to eat them, and sometimes valued them for certain traits. South African warriors braided rat hair into their own hair so that they could acquire the agility of the rat. The daintiness of traditional Japanese paintings might be due to the use of rat whiskers. Laboratory rats and mice allow testing of new medicines and vaccines, as well as pesticide toxicity. Rats are also important ecologically since they rid us of a number of insects and waste.

w to get rid of rats: There is a great deal of wrong information and ignorance regarding rat control. Many extermination companies and people resort to poison use for rat control, and this is a big mystake for a lot of reasons. poisons does not solve the problem and creates many additional problems. The proper way to solve a rat problem is by stopping the root of the problem. If you want to get rid of rats in your house or attic, you must first find out how they getting in, and and seal off those entry points permanently. Once that is done the rats should physically trapped and removed from the building. 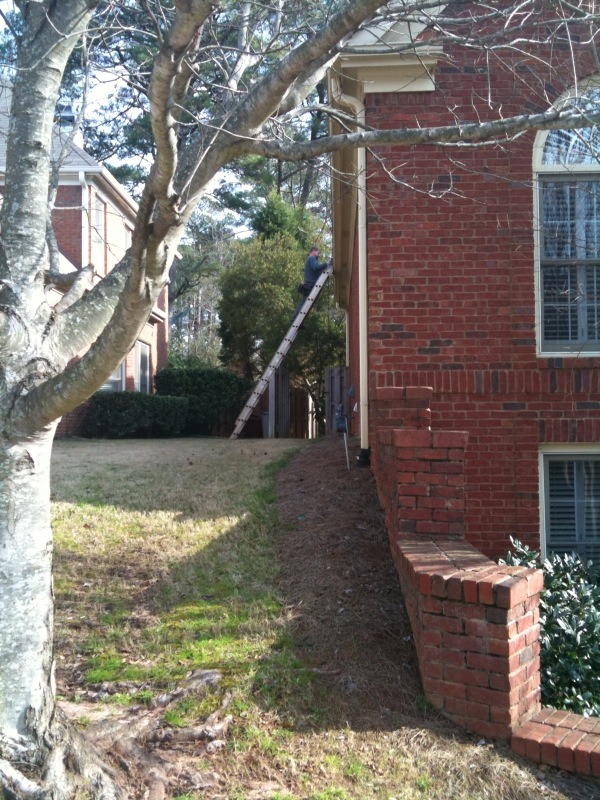